KEENON Robotics, the world’s leading indoor intelligent autonomous distribution robotics company, and NZRAS, a network of researchers, engineers, technologists and students concerned with the research and application of robotic, automation and sensing technologies in New Zealand, jointly organized the Postgraduate Seminar Hybrid Event in the University of Auckland. 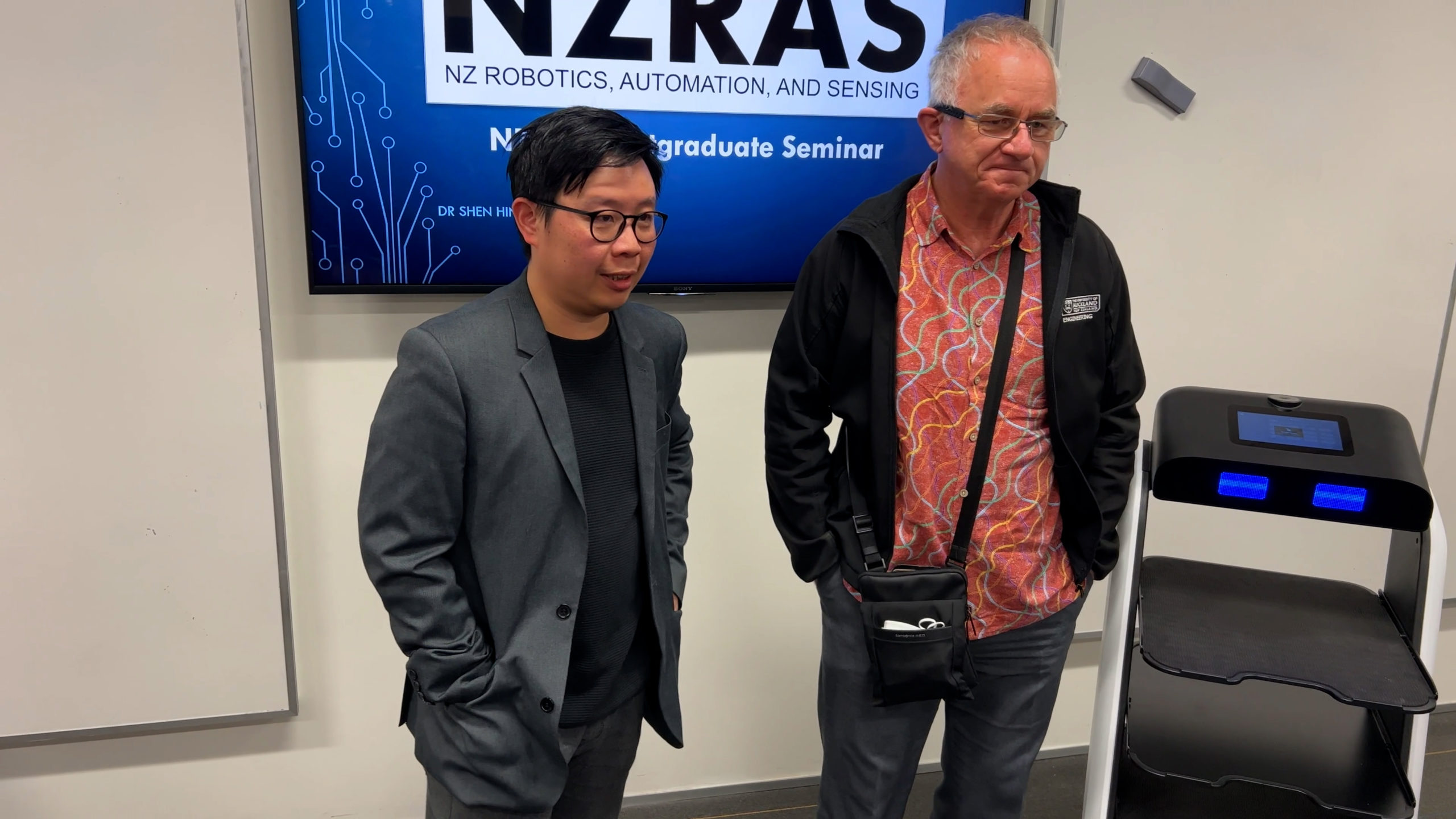 Q: What impressions does KEENON robot leave on you?

A: I think I have seen it in some news and restaurants in New Zealand. It is convenient in delivering food, maybe delivering in a hotel for room service and maybe in hospital for delivering in medications and meals. So I think it is really impressive.

Q: Under what conditions can robots help the general public or businesses?

A: There are a lot of cases where things need to be delivered to people or to factory or office. Meanwhile It is quite good for hospital as well like delivering medication and things. And university as well because academic staff can be a bit busy and it can help us. It will be a good one.

Q: What do you think about the prospect of robotics?

A: I think in the future maybe robots can talk and interact with people, understand their problem and take instructions and speech like to give things and bring it back and take things to other people in the university environment. It could take documents to other people; it could go and take the print out for other people from the printer.

Interaction is one of the most important things that the robot can achieve down the track because I think it would actually make the robot to be more similar with the human and society and so on.

Q: Do you think robot would replace human or just serve as an assistance?

A: I think mainly assistance. I think maybe some jobs will disappear but new jobs will be produced when using robots. So good thing to do is to understand the workflow of the environment of the robot will be used, understand which jobs would change and re-train people for the new jobs.

Q: What kind of robot do you expect most?

A: Probably a social interactive robot; one that can understand emotions and can help people with mental health problems.

Q: It is acknowledged that robotics is improving the domestic and international economy in many ways. Can you tell us more and how are they contributing to the world?

A: Robots are improving productivity across many sectors, especially in logistics and factory operations. Robots are starting to interact more with people, and to help them in their daily lives, at work and at home. Additionally，Robots can aid people in dealing operations under extreme conditions such as high pressure or high temperature environments.

Q: What are the benefits of owning robots?

A: Robots are advantageous in providing work process consistency and precision.

Q: Would there be any opportunity in the future where KEENON and NZRAS or the robotics community in New Zealand can cooperate in R&D and more?

Yes, certainly; there is a broad expertise in all aspects of robotics across New Zealand researchers and we are all happy to help where we can, and the New Zealand government is keen to promote business and productivity for New Zealand’s economic future, and to help people.

Definitely, KEENON has developed some good technologies and it is possible to see this integrated in other sectors.

As the technology pioneer of intelligent indoor autonomous distribution robots, KEENON Robotics will pay close attention to the development of the robotics industry in New Zealand. Through utilizing artificial intelligence, KEENON Robotics will step up efforts to help improve efficiency of the service industry and mitigate the labour shortage problem all over the globe.