BEIJING, March 16, 2020 /PRNewswire/ — Robot startup Keenon recently completed a new round of financing. Source Code Capital, Walden International (WIEFX) and Shanghai S&T were the investors in this round of funding, while existing shareholders Yunqi Partners and IVISION Ventures continued to invest. According to the founder Li Tong, Funds for the B round of financing will be mainly used to continue the large-scale popularization of the domestic catering market, the expansion of overseas markets and the horizontal development of new business area such as medical care. 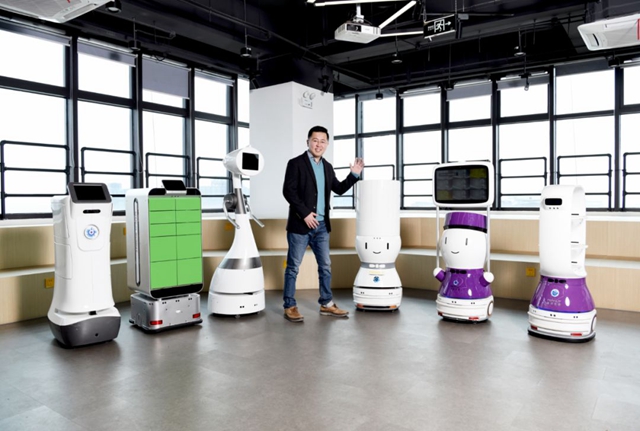 Since its founding, Yunqi has been focused on investing in early and mid-stage startups concerned with “technology-enabled industrial upgrading”. The self-driving vehicle sector is a priority in its investment direction. As Keenonundefined first institutional investor, Yunqi Partnersundefined Managing Director Yu Chen said. “The popularization of service robots is an irreversible trend. Highly repetitive manual work now carried out by human beings will be taken over by robots over time, and humans will have more time to do more valuable things. It is conceivable that service robots will play an indispensable and key role in the labor market going forward. Keenonundefineds robots will have share of the market because of outstanding product performance and excellent price-performance ratio. This is why Yunqi Partners has always stood by and supported the company.”

Established in 2010, Keenon focuses on R&D and production of indoor unmanned delivery robots. Keenon has released 9 products, all of them have achieved business scenarios and keep expanding the service areas and application scenarios of unmanned delivery robots. Currently Keenon has nearly 300-person team and direct-operated companies in 14 cities including Beijing, Shanghai, Guangzhou and Shenzhen, and also undertakes customer acquisition and operation and maintenance.The Founder Tony Li graduated from HUST and studied under the academician of the Chinese Academy of Sciences and artificial intelligence expert Professor Cheng Shijie. Tony has more than ten years of experience in robot system R&D. Keenon has core competitiveness in autonomous positioning and navigation of robots and core sensors. It has a complete supply chain which can achieve mass production and reduce production costs.

As of December 2019, Keenon delivery robots series have ranked first in the 4 trillion catering market, and have cooperated with more than 1,000 B-end customers, with footprints in 400+ cities across the country. Total running more than 3 million kilometers, serving more than 20 million people, and achieved large-scale commercial production. In addition, Keenon has reached a cooperation with 65% of the top 100 Catering brands to provide unmanned delivery robots for Haidilao, Grandmaundefineds diet, Guangzhou Hotel and other well-known catering companies.

Well-known consulting firm McKinsey believes that robotics and automation technology can effectively increase productivity, especially under the background of the global decline in global production efficiency at this stage. McKinsey expects robotics and automation technology to increase annualized global productivity growth rates of 0.8% to 1.4%. Itundefineds more visible in the labor-intensive catering industry.The number of daily delivery plates exceeds 300, and the peak period can reach more than 450, basically guaranteeing 24/7 uninterrupted work, but the monthly cost is only 1/2 of the employees. It is reported that Haidilao smart restaurant has reduced manpower by 20% and saved millions of staff costs a year because of using Keenon robot.

While occupying the domestic market, Keenon is also exploring overseas markets. As of the third quarter of 2019, it has entered the United States, Canada, Europe (including Britain, France, Germany, Italy, Hungary), Japan, South Korea, Southeast Asia and other global markets. It has also been reported in multiple times by BBC, NBC, Reuters and other overseas media.

Compared with the domestic market, labor costs in overseas markets are mcuh higher, and the demand for unmanned distribution is greater.Take Spainundefineds SUSHI restaurant as an example. As the first local food delivery robot in Spain, Keenon robot has not only improved human efficiency, but has also attracted the attention of the local media, showing the charm of Chinese robot to the local people.

In addition to the catering market, Keenon is also trying to expand other application scenarios, such as medical scenarios.

After the virus outbreak, Keenon immediately launched the “Smart anti-epidemic, Supporting Epidemic Areas” plan. Hundreds of delivery robots have been send to affected areas in all parts of the country, it involves nearly 100 hospitals and isolation points, such as Wuhan Union Hospital and Wuhan mobile cabin hospital. The main service scenarios Including medical supplies in the epidemic area, meals delivery for doctors and patients, and emergency applications in epidemic situations, it can effectively avoid cross-infection, reduce the pressure of medical staff and save medical protective supplies.

The outbreak promoted the implementation of Qinglang in the medical scene. In order to respond to the outbreak, the company has also quickly developed some new medical robots such as disinfection robots.

In addition, Keenon also cooperated with Meituan and China Hotel Association to help build the “non-touch restaurants”. These restaurants can provide services such as contactless delivery, avoiding unnecessary direct contact, ensuring the safety of customers and staff, and also satisfying the needs of consumers during the epidemic.

In 2019, the revenue of Keenon reached nearly 100 million yuan, which increased five-fold compared to the previous year. Keenon delivery robots have landed in more than 20 countries, regions and more than 400 cities around the world. Keenon has also direct-operating companies in 14 cities including Beijing, Shanghai, Guangzhou and Shenzhen. Total sales in 2019 are 3000, most of which are in the catering industry, accounting for 70% -80% of the catering delivery robot industryundefineds shipments. It is estimated that 10,000 units will be shipped in 2020.

Tony said that although the epidemic has caused a certain impact on the catering industry in the short term, after stable prevention and control, the business will achieve rapid growth. At the same time, people will pay more attention to public health, which is an opportunity to quickly expand the market size. After this round of financing is completed, Keenon will continue to promote the scale and popularization of unmanned delivery robots in the domestic catering market, further expand overseas markets, and the development of medical and other markets.