Autonomous shuttle in the restaurant, automatic circumvention of tables and chairs, pillars, pedestrians, autonomous stop at the designated location and voice reminding of the delivery…… the autonomous delivery robot Peanut T1 can do more than that. 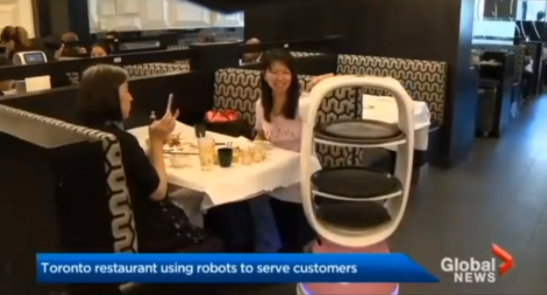 According to reports, the product that was hotly discussed in Toronto mainstream media was the Peanut delivery robot which was independently developed by Keenon Robotics, a Chinese hi-tech company. The delivery robot can carry the weight of 30 kilograms and support multiple tasks at a time. The robot saves time and energy by bearing triple workload of a human waiter, it autonomously and tracklessly navigates in high precision, and it’s also reliable to work in the complicated indoor environments for a long time.

From the laboratory to the trial operation in the restaurant, the Peanut delivery robots have completed a total of 16,936 missions, the service mileage has exceeded 3600 kilometers so far. We have signed more than 20 business partners in the domestic hospitality industry, and the robot products were successfully sold to Thailand, Singapore, Canada markets and many more to come. The entering of the international market will bring us a global presentation and deep partnering network, which accelerates the mass production and commercialization of the indoor autonomous service robots.

After being tested and trial run for a long period of time, the Peanut commercial delivery robots passed the real challenges in the indoor complex environments with success. Mr. Tony Li, the CEO of Keenon Robotics, summed up the three principal reasons for mass production of the service robots, lower manufacturing costs and substitution of the human labor.

The principal reason for the existence of the indoor service robot is to solve the real problems for the restaurant owners. In order to reach this purpose, the mass-produced products must be reliable and endurable to work in those complex environments in the long run. The main challenge that the robot faces is to coexist with human beings, the employees and the customers, not to bring harms while working in a crowded environment.

The second thought went to working efficiency, as we know that the service robot was built for purposes of improving productivity. The robot must improve the working efficiency to help the business owners. The functional stability is a compulsory requirement for the service robots. No faults are allowed in the real operations. Keenon Robotics spent a lot of energy on the development of a stable and reliable service robot. We had been escalated eight versions to bring the demo to a real and functional robot, and we had finally developed and improved the reliability and stability of the robot to reach an errorless product. 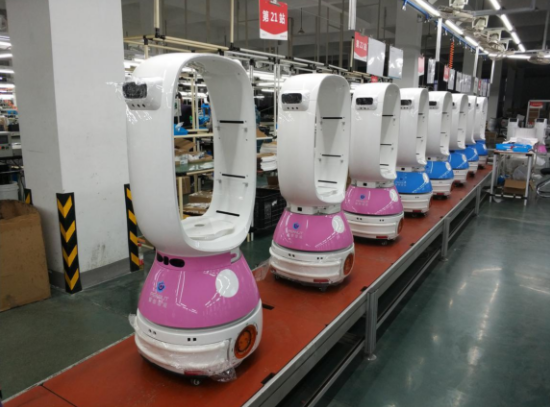 The establishment of the streamline factory buries the cornerstone for mass production of the service robot. The manufacturing costs were reduced in a great deal, only one-third of the same robot products from other companies, and there still has room for further cost reduction when the order quantity gets more and more. The low production costs greatly reduced the entering level of the business owners, so that the commercialization of this product can be promoted at a faster pace.

In the first half of 2018, we had started the partnership with the famous chain restaurant Hi Hot Wok in China. And now dozens of Peanut robot waiters are running in the Hi Hot Wok subsidiary restaurants, they help the human waiters to deliver and serve the tables, and collect the dishware from the tables. The waiters liked the service robot a lot, they said that the service robots helped them with the tiring and exhausted carrying work, and now they can focus their work on serving the tables, the working efficiency is lifted in a great deal. And they are happy to have a robotic aide to help them. 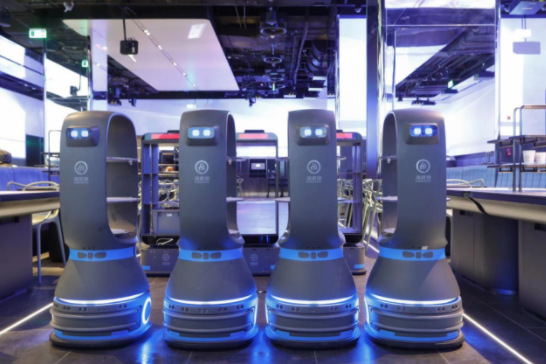